8 years to 4 countries: How www.skladova-okna.cz is conquering Central Europe

Slovakia, Austria, Germany, Hungary. The Kuřim window e-shop has expanded into these four countries over the last eight years. The Export Pilots team has stood by their side since 2014 and has been carefully analysing the path for successful entry into selected foreign markets. As a result, the e-shops have already processed over 17,500 orders abroad. 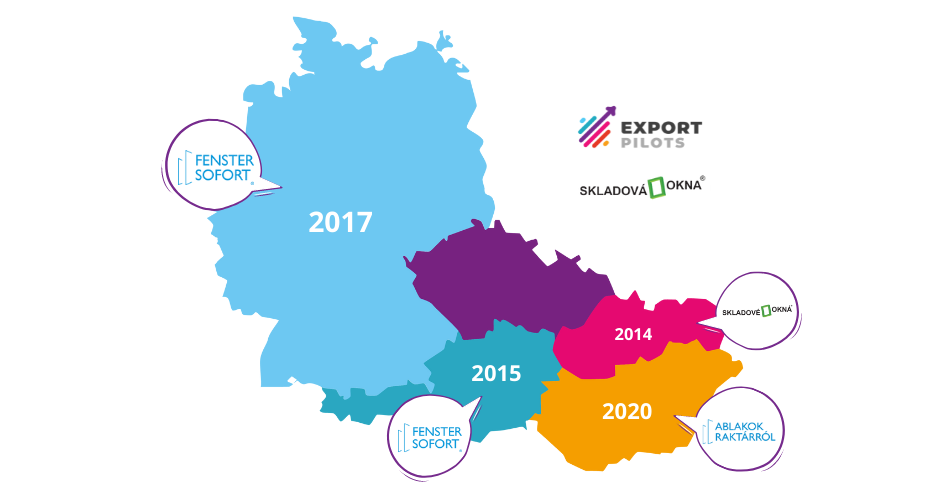 Skladová-okna.cz is  an e-shop with the largest stock of windows in the Czech Republic. They are bought by DIYers who install the window panels themselves. Through the online configurator, it is also possible to order windows and doors in various parameters that are not in stock or in atypical dimensions.

Skladová-okna have market potential, as most companies in the country and abroad offer windows including installation. On the other hand Skladová-okna  target those who install and wall the windows themselves. At the same time, they often need information before selection or installation. That is why it is important to work with content, especially instructions and detailed product descriptions.

A customer of the Austrian e-shop Fenster sofort gives thanks for the advice on a previous order, sends a sample of the stock windows in the garden house and is about to place another order. Source: www.fenster-sofort.at

Where to expand with Skladová okna

Foreign market analysis is essential when choosing a country for expansion to. Therefore, when deciding where Skladová okna could break through abroad, we took a close look at purchasing power, competition, customer potential a paid advertising opportunities.

As soon as we had a narrower portfolio of countries (including Germany, Austria, Hungary, Croatia and other Central European countries), we began to address the practical and linguistic issues of entering a foreign market. This led to comprehensive analysis of the expansion possibilities, according to which Skladová okna entered the Slovak market in 2014, Austria a year later, Germany in 2017 and Hungary in 2020.

Localisation as the basis for successful expansion

Our several years in the online marketing environment in European countries have taught us that the key to success is making the visitor feel at home on the web. That is, that they have a choice of their favourite payment methods, a trusted carrier at an affordable price or that the shop has received a certificate that is valued in the local market. In short, it's not enough to flip the Czech version of e-commerce into a foreign language and expect orders to come rushing in.

For example, we have deployed the TrustedShops certificate (a certificate of security and transparency in the digital world) in Austria for the sake of proper localisation, we regularly focus on content development, especially according to keyword analysis, because we count on the fact that a larger part of the target group needs to keep track of information about window selection and installation, and we use hreflang on all mutations – an attribute that informs search engines about what language is used on a particular page and thus guarantees that the page will be displayed to the right users.

In all countries, we select marketing channels suitable for reaching the target group and target advertising regionally to assess the interest in each area and adapt our sales strategy, which we regularly consult with the cooperating native speakers in the respective countries. For Austria, we have compiled a list of construction portals for which we have prepared PR materials, and we are now exploring similar opportunities in Hungary.

How the expansion works in practice 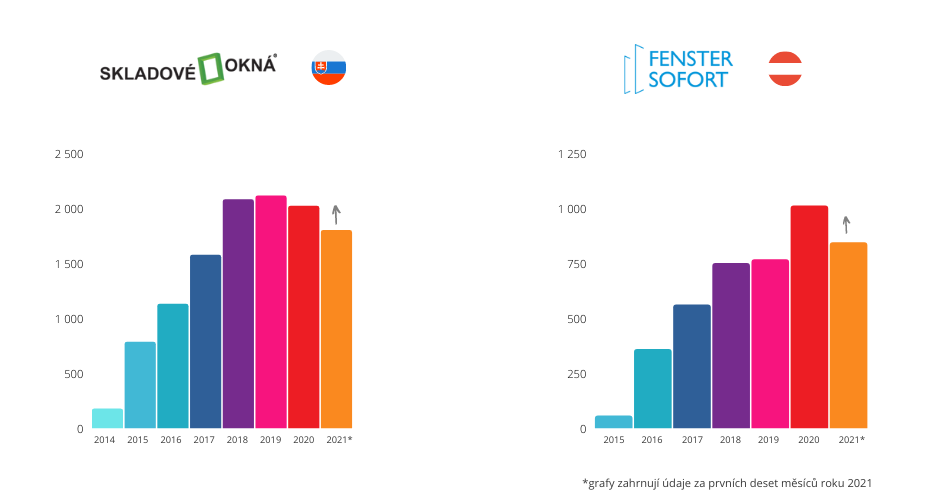 For example, the user metric, which tracks the number of visits to a website with a unique cookie, shows whether an e-shop is gaining ground abroad and whether it is receiving a sufficient and increasing number of visitors from organic search or paid ads. We have selected data from the German e-shop Fenster Sofort as an example, where the number of users has been increasing since 2017 with minor fluctuations.

But of course, it is not enough for the number of orders or users to grow if they were to buy for low amounts or not at all. That is why the comparison between the growth/decline in sales and the number of transactions is important. To track these metrics we use data, for example from Google Analytics charts (sample from the Austrian e-shop Fenster Sofort below).

Thanks to careful analysis and evaluation, we can react together with the client to changes in the buying environment and update the development strategy, because trends in online marketing change by the hour and those who hesitate lose their customers to the competition.

The data show that the most difficult of the selected countries to establish itself is on the German market, while Skladová okna is finding customers in Slovakia, Austria and, in the past year, Hungary. "The development of the Hungarian and German e-shops is a current priority for us as far as foreign projects are concerned," says Petr Borecký, director of TT Holding, which owns Skladová okna.

And we're certainly not done with expansions. Can you guess which country we have chosen for the next expansion?

Who takes care of the expansion of Skladová Okna abroad 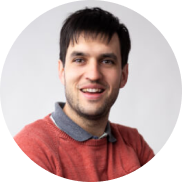